The call for citizens to ‘go local’

Adapted from an article published in The Christian Science Monitor, February 12, 2017.

This year there have been calls for more local control from many politicians in France, Britain, Italy, and elsewhere. A similar move toward localism has emerged in the United States, across the political spectrum.

A good reason exists for countries to take partisan issues down to smaller communities. In local politics, where people are often neighbors, labels like red and blue mean less than the mutual desire to achieve practical solutions for concrete problems. Disputes are often resolved without pitched battles in courts or legislatures. And it is easier to hold people accountable. 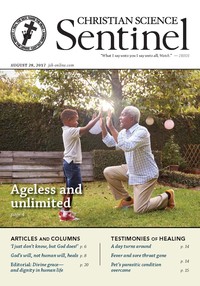