I was the type of kid who always wanted to be outside. You know, the one who always asks his mom, “Just five more minutes? Please?” And somehow, an hour later, I was still nowhere to be found. Whether I was playing sports, running around, or making snow forts, I wanted to be outside as much as possible. Although we moved around a lot, the constant in my life was being very active.

In 2010, we moved to Atlanta. It was a drastic change from the suburbs of South Dakota, but one thing they did have that I was excited about was a soccer league. As I improved my own game during fifth and sixth grade, I realized I had a lot of goalie talent and worked rigorously every day to become a better player. 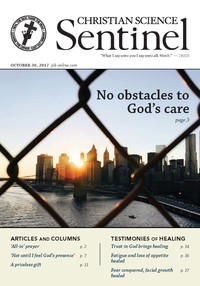