Natural disasters aren’t signs from God according to new poll

A new survey conducted on the heels of Japan’s devastating earthquake and tsunami finds that few Americans think natural disasters are signs from God and that even fewer believe God punishes nations for the sins of its citizens, as some suggested after the Japanese disaster.

At the same time, most Americans believe God is responsible for everything that happens in the world, according to the survey, which was released [March 24]. 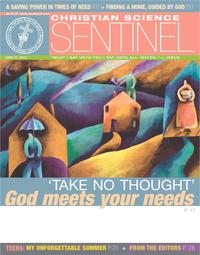