The light that pierces the shadows of drug trafficking

The trafficking of narcotics and other illegal substances is one of the great threats to world stability. Criminal cartels are ruthless in moving these drugs from cultivation through processing, to markets around the world. Their presence often corrupts government officials and sometimes even the local security forces that are supposed to be involved in the fight against drugs. In some instances profits from trafficking are laundered and then funneled into terrorist organizations. On a worldwide basis, drug trafficking undermines the institutions of democratic government and brings misery and instability to society.

For about four years, my job as a US foreign service officer put me on the narcotics control team at the embassy in my host country in Latin America, where I had responsibility for public aspects of the fight against drugs.

Jeremy Carper was in the US Foreign Service for many years and today is a Christian Science practitioner in St. Louis, Missouri. 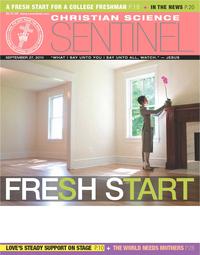