JUNE 11 MARKED THE BEGINNING of the World Cup football (or, if you live in the US, soccer) tournament, which will run until July 11. During the games, an estimated worldwide audience of 200 million will enjoy them via broadcasts from South Africa. Because of the tremendous organizational and logistical demands of hosting such an event, it has never before been staged on African soil. By granting South Africa the responsibility to host the 2010 World Cup, soccer's governing body, FIFA, was sending a clear message that Africa, led by South Africa, has emerged from the "dark continent" era into the 21st century.

More than anything else, FIFA's choice of South Africa expresses faith and optimism that will help break through the cloud of misconceptions and stereotypes that people still hold about Africa. Granted, there are many challenges confronting Africans. Among them are self-doubt, skepticism, and outright cynicism, but the World Cup promises to break through these by inspiring hope, optimism, and joy. Our prayers can ensure that these positive outcomes stay with the participants, and don't fade after the games are over. 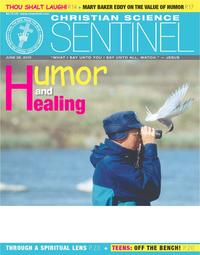