AIDS—AND THE DEEP REALISM OF SPIRIT

SINCE 1981, AT LEAST 25 MILLION PEOPLE have died of AIDS, and 11.6 AIDS orphans in Africa alone have been left as a legacy of this devastating epidemic. Although there has been slight decline in deaths in recent years, 33 million people are living with HIV/AIDS, according to UNAIDS/WHO. It's believed that many of these people will eventually die of the disease, which continues to claim lives at a rate of two million a year. At this point, there is no medical cure, although some progress has been made. 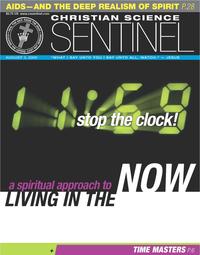