A SPIRITUAL COUNTERATTACK TO CYBERWARFARE

NIGHTMARE SCENARIOS ABOUND. For instance: a 9/11-style attack, made much worse. How? In one scenario all the primary electricity sources in the United States get knocked out just moments prior to the attack, wiping out phone service and most other communication systems. Could that really occur? Experts don't just point to what might happen, but to what already has.

Computer networks managing the three key electric grids in the US already have been breached (see for example: "The rise of the cyberspy," The Week, June 5, 2009). Are bugs—designed to disable the grids—already planted in the system and set to activate at some future time? Some people fear so. Cyberwarfare involves the criminal misuse of computers to hack into networks—often government and military—steal information, and foster chaos. Disabling networks and crippling infrastructure increase that chaos. 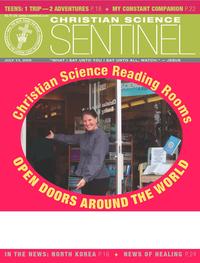