For decades, Turkey has diligently followed a secular path in law and government, despite its predominantly Muslim population. But with the election of new leadership a few years ago, attitudes have shifted. "Global Trends 2025," a report recently released by The National Intelligence Council (NIC) in the United States, predicts, "Over the next 15 years, Turkey's most likely course involves a blending of Islamic and nationalist strains, which could serve as a model for other rapidly modernizing countries in the Middle East" (p. 36).

The NIC, which consists of all 16 US intelligence agencies, reports, "In the Middle East, secularism, which also has been considered an integral part of the Western model, increasingly may be seen as out of place as Islamic parties come into prominence and possibly begin to run governments. As in today's Turkey, we could see both increased Islamization and greater emphasis on economic growth and modernization" (p. 14).

Gloria Onyuru has lived in Turkey for over 40 years. 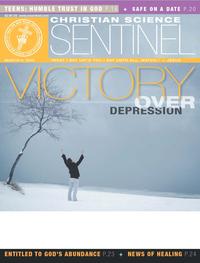