To liberate Iran and its people

Iran Is one of the oldest civilizations in the world. Its rich history boasts of centuries of excellence in culture, freedom of religion, trade, and commerce. Yet increasingly oppressive governments have deprived people of their human rights. Examples of this trend include suppression of protests following this summer's disputed presidential election, intimidation of women, and persecution of those who desire religious freedom.

On June 12, 2009, Iranians participated in the tenth presidential election since the 1979 revolution. Loud protests against fraud and an unfair election followed. Supporters of the main opposition candidate, Mir-Hussein Mousavi, were particularly vocal. The police and a revolutionary group called the Basij suppressed these protests by using force, beatings, and even firearms. Among these young protesters were some who claim they were tortured or raped in prison.

Contributing editor Marta Greenwood, originally from Iran, is a practitioner and teacher of Christian Science in Greater London, United Kingdom. 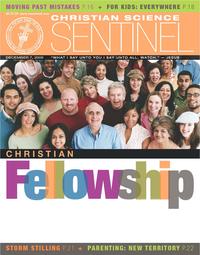