Merck was in trouble. In 2002, the pharmaceutical giant was falling behind its rivals in sales. Even worse, patents on five blockbuster drugs were about to expire, which would allow cheaper generics to flood the market. The company hadn't introduced a truly new product in three years, and its stock price was plummeting.

In interviews with the press, Edward Scolnick, Merck's research director, laid out his battle plan to restore the firm to preeminence. Key to his strategy was expanding the company's reach into the antidepressant market, where Merck had lagged while competitors like Pfizer and GlaxoSmithKline created some of the best-selling drugs in the world. "To remain dominant in the future," he told Forbes, "we need to dominate the central nervous system."

Send a comment to the editors
NEXT IN THIS ISSUE
Article
Take a walk with the Master-healer! 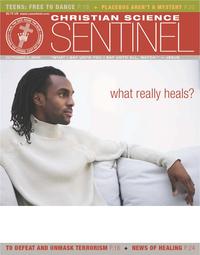