I HAVE TO ADMIT that the idea of childbirth had always terrified me. Television didn't help. After watching in my early 20s a particularly melodramatic portrayal of the process, I called my best friend and announced, "I will never, ever do that." She agreed.

Not long afterward, I became a screenwriter myself, and soon realized that peaceful and serene experiences don't make for good television. There's not enough drama. For the first time it occurred to me that the depictions I'd seen of pregnancy and childbirth might have been motivated by something other than a desire for verisimilitude. 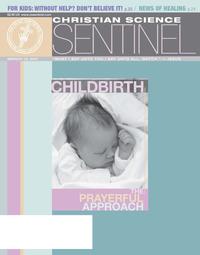