Prayer paves a practical road out of consumer debt

Unsettling reports about the growing consumer debt problem in the United States and elsewhere have been around for a number of years, but recently the news seems to have become particularly dire, especially in relation to the mortgage and US housing markets.

A report published a year ago by the nonpartisan research group The Center for American Progress, characterized the middle class in the United States as "drowning in debt" and noted that personal bankruptcies among typical middle-income families were rising steeply. Equally unsettling was the report's conclusion that the rising debt-loads among Americans are not due to frivolous spending and overconsumption, but to heavier borrowing for things such as homes and education expenses. Both the housing and education sectors have seen dramatic price increases in recent years, all during a time of weak income growth. An additional factor that has come to the surface more recently is the often unscrupulous, or at the least misleading, practices of predatory lenders and credit card issuers. While some companies have been open about individuals' responsibilities regarding their loans and credit obligations, a significant number have not.

Pamela Faatz has studied and reported on financial issues for many years. She is currently a producer for Merrill Lynch's corporate television network. 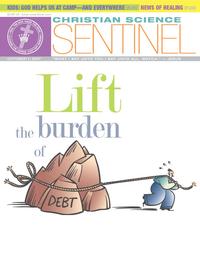