SINCE ITS RELEASE last month, the report of the Iraq Study Group has received a lot of attention. The 84-page document has been praised for its accurate assessment of the situation in Iraq, and at the same time criticized as a consensus document lacking the transcendence of individual genius.

But perhaps the report's value does not lie in its content alone. Maybe it has value simply as an example of an intelligent, honest, earnest attempt to comprehend and chronicle the complex issues—geopolitical, social, economic, and religious—that today bring so much hardship and inharmony to that entire region of the Middle East.

Dave Hohle is a contributing editor who lives in Weston, Massachusetts. 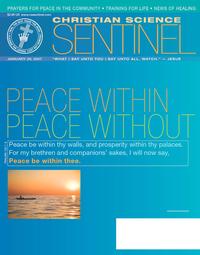