THE PLIGHT of Afghan Christian convert Abdul Rahman has focused thought on the issue of religious freedom. Accused of being an apostate for converting from Islam to Christianity, Mr. Rahman faced a possible death sentence, prior to finally being freed on technical grounds before any trial took place. His freedom is freedom to flee the country (at the time of writing, he has found asylum in Italy), rather than face mobs who have been protesting his release.

Like many people around the world who have chosen Christianity as their spiritual walk and their way of life, I have found it hard not to be unhappy about this—especially as I live in a multicultural society in which people from all faiths, including Muslim neighbors, benefit from the freedom to worship according to their conscience. 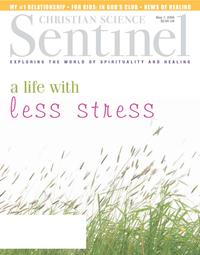