U2 CAN BE A WITNESS TO PEACEFUL RELATIONS

the current world tour of the Irish rock band U2 reminds me of an experience I had in November 2001, during the group's "Elevation" tour in the United States. I had been very fortunate to obtain a floor ticket at the last minute to their concert in Los Angeles. There were over 20,000 fans in attendance, several thousand crowded on the floor of the arena near the stage where I was standing.

Before the start of the concert, I remember looking at that mass of people in that arena and thinking something like, "Maybe it's just too much to ask for world peace; there are so many people, so many different cultures and religions. Someone is bound to not get along with someone else." 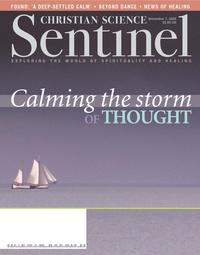