The cosmos and 'Love's divine adventure'

According To Current Cosmology, in the time it takes to read this sentence, the universe has expanded by another million miles or so. "Unlimited horizons" might be a good way to describe such a universe.

It has only been over the past 170 years or so that astronomers have begun to realize how vast the stellar universe we live in is, as they first began to measure the distances to the nearest stars. This created an immense contrast. Compared with the view of ourselves as material, limited, and earthbound, the universe would seem too vast in space and time for us to be of any consequence whatsoever.

Laurance Doyle is an astrophysicist at the SETI Institute (Search for Extraterrestrial Intelligence), in Mountain View, California. 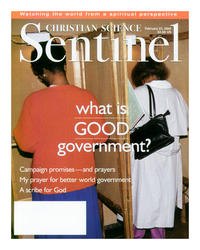