In 1975, when Bob Macauley set out to rescue orphans who had survived a plane crash in the closing days of the Vietnam War, it's doubtful that anyone could have predicted the far-ranging effect this impulsive charitable act would have. Macauley had seen the crash on television, and he knew some of the children who had gone down, from earlier work he'd begun in Saigon.

When he discovered that it would take 11 days for the US government to get a plane to rescue the surviving children (there were 80 killed and the rest were injured or missing), Macauley immediately chartered a Pan Am jet to fly to Vietnam to pick up the orphans. In his words: "If we were to wait for 11 days, the kids would have been dead. Anyone could see that the war was in its last days. They wouldn't have had a chance."

Marilyn Jones is a senior writer for the Sentinel. 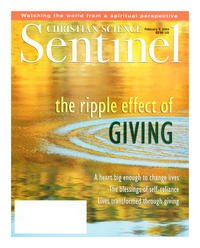