"Sam Didn't Think there was any reason to believe in God. ... Then one day while Sam was surfing the Internet, a new site appeared on the screen. Suddenly Sam was talking to a hacker who says he is God.

"So begins www.Here-I-Am by Russell Stannard (published by Templeton Foundation Press). Stannard, emeritus professor of physics at Open University, the largest university in the United Kingdom, is a well-known contributor to the science/religion dialogue and the author of a number of best selling books introducing children to modern science. Here he addresses the skepticism of many young people (and many adults) who, like [his character] Sam, think God is an anachronism.... 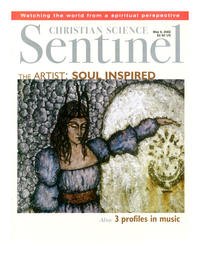