Someone who is well acquainted with the show business scene in which Chris April has found his niche, is Gareth Dry, a singer, actor, and dancer, who trained in South Africa and later pursued his career on the stage in London. Gareth is at present playing Asparagus in a production of Cats in Cape Town. During an interview in Johannesburg, staff writer Kim Shippey asked him how he views recent cultural and economic changes in the theater in South Africa.

"On stage, a well-delivered whisper is as bold as a shout, and there have been plenty of 'whispers' lately about the predicament faced by the theater in this country. Over the past seven years, many once-vibrant theaters have closed, mainly because of decreasing government funding for the arts, and most of us in the profession are more than a little anxious. 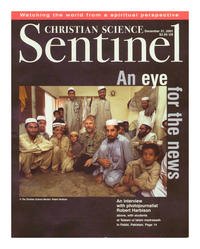