On September 11, the cast of an ambitious new musical, Strange Kind of Hero—inspired by the life-changing experience of Saul of Tarsus, later, St. Paul—was rehearsing for an opening that evening at the Theatre Royal in Nottingham in northeast England when the news broke of the terrorist attacks in the United States.

Writer/director Sue Pomeroy continued to move toward the performance, despite the distressing images coming through on the TV set at the stage door. A real sense of purpose began to develop as the cast and choir worked to overcome their shock and disbelief, determined to give their very best to the show no matter what. As the day wore on, however, some of the children in the chorus, and several members of the cast with relatives in the United States, were clearly in need of comfort and reassurance. 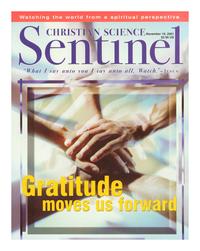