Grace and the Mind we all belong to

"The Weapons Of Our Warfare are not carnal, but mighty through God to the pulling down of strong holds; casting down imaginations, and every high thing that exalteth itself against the knowledge of God, and bringing into captivity every thought to the obedience of Christ" (II Cor. 10:4-5).

Humanity has recently entered a worldwide protest against terror—a protest that is both necessary and appropriate. This amounts to a new kind of warfare where the enemy is not always seen, and where victory will not necessarily be defined by changing geopolitical boundaries.

Send a comment to the editors
NEXT IN THIS ISSUE
Article
Strong, with God 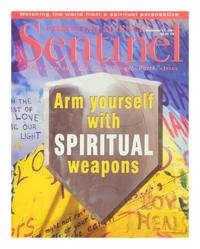