with contributions from Philip Yancey

A Recent Study of two hundred of the most popular movie rentals and one thousand of the most popular songs from 1996 and 1997 reveals a stunning statistic: 98% of the movies and 27% of the songs had depictions of alcohol, tobacco, or illicit drug use. The negative consequences of smoking and drinking were generally not portrayed, although negative statements about substance abuse did occur in 31% of the films.

Donald F. Roberts of Stanford University led the study. He thinks alcohol and cigarettes are often included in films in order to give actors something to do and are not essential elements of the plot line. "I think a lot of this is just unconscious," he said, adding that he hoped the findings would "sensitize directors and actors to what's going on." 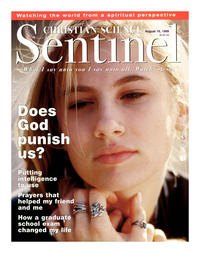