Put your trust in God

One day a friend and I were talking about how he, an enthusiastic horseback rider, now had the opportunity—since the wall around Berlin no longer existed—to ride into the former German Democratic Republic. On one of these outings, he went so far that he got lost and was worried about finding his way back! My friend is an active member of his own church and, like me, often turns to God in prayer. So I asked him, "Did you pray about finding the right way?" To my surprise, he replied, "I would have prayed if I had been alone. But, you know, I had the horse, and it's well known that horses always find their way back to their stall. So I simply relied on that."

His answer gave us both a good laugh, but later I found myself wondering if there were times when I also relied on "the horse" instead of praying. 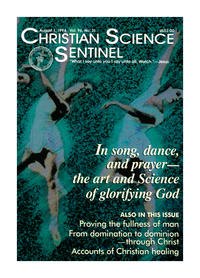