In the Bible and Science and Health we have the tools to be true spiritual revolutionaries.

The well-known British playwright George Bernard Shaw included with his play Man and Superman a short book supposedly written by one of the play's characters entitled The Revolutionist's Handbook.

The Revolutionist's Handbook .... I have occasionally thought what an appropriate subtitle this would be for the Christian Science textbook, Science and Health with Key to the Scriptures by Mrs. Eddy. What makes this book so revolutionary? Perhaps the major part of the answer is that it stands one of the most basic assumptions of the human mind on its head. This assumption is the substantiality of matter. 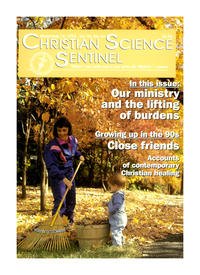