with contributions from Karla Vallance

The global village becomes more than a symbol when a major event captures an international television audience. The video images from such times—the Persian Gulf War or the fall of the Berlin Wall—linger in thought. This influence of the visual image brings with it a special responsibility, according to journalist Karla Vallance. Karla, who has experience in print and broadcast media, currently works with Cable Network News (CNN) in the United States. For her, prayer is indispensable to fulfilling her responsibilities—to her job and to viewers.

What are day-to-day demands of your job at CNN? 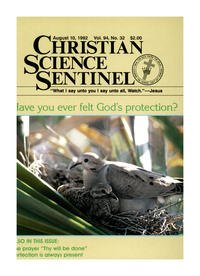