"Tapping a new temperance, America is turning away from alcohol" by Richard Saltus—April 15, 1990

"Since the downturn began in 1980, per capita alcohol consumption in the United States has dropped every year, with a marked switch from hard liquor to less potent wine and beer. And predictions are that trend will continue.

"While it has been modest—perhaps 10 percent during the past decade—the decline in drinking has been the most prolonged since the end of Prohibition in 1933. 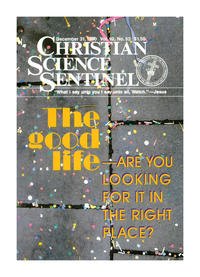