I have a friend who grew up in an area near the border of a neighboring country. Interchange and free movement went on between the countries. As a result, my friend spoke two languages and through study he learned a third.

Send a comment to the editors
NEXT IN THIS ISSUE
Testimony of Healing
Many years ago a physician told my grandmother she had... 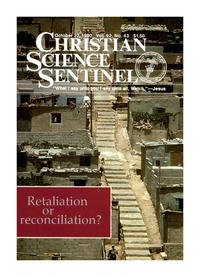