What does it mean to be God's reflection?

Is there something about yourself you don't like? Something you wish could be changed? Are you feeling helpless to do anything about it? If so, you have something in common with Moses, the Hebrew leader who gave the Israelites the Ten Commandments, which he had received from God on Mount Sinai.

How could there be any connection with you? According to the Biblical narrative, Moses wrestled with considerable self-doubt over his own personal abilities. He didn't believe he could do what God wanted him to do. He said he was slow of speech and thought no one would listen to what he had to say. 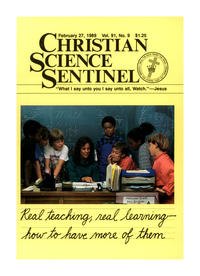