"In the standard account of the rise of atheism and agnosticism, the story goes this way. Back there a good way, during the 18th century, say, most people believed in God. In fact, most of them continued to do so throughout the 19th century.

Send a comment to the editors
NEXT IN THIS ISSUE
Article
Pursuing your education? 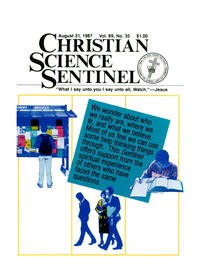