Discrimination, prejudice, suspicion, sometimes pile heavy weights against the door to progress. What does it take to keep on moving?

There's an old story about a horse that fell into an abandoned well on a farm. The owner of the farm, feeling that neither the horse nor the well was worth the expense of freeing the animal, decided to fill the well, burying the horse.

So the farmer began to shovel dirt into the well. But each time he threw in a shovelful of dirt, the horse would shake it off and stand on top of it. The more dirt the farmer threw into the well, the higher the horse rose, until he was finally high enough to free himself and walk away to continue serving the farmer. 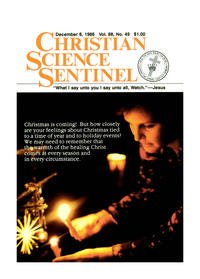