Profile of a discovery

From a young age I had a questioning mind—never satisfied until I had got to the truth of a thing. As I got older, this questioning began to probe deeper, confronting fundamental issues about existence. It became an increasingly conscious search for what I began to call "absolute truth." 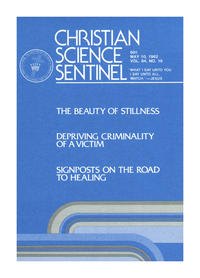