Dipping can be healthy

Take the case of Naaman. He was captain of the king of Syria's army—"a great man with his master, and honourable, because by him the Lord had given deliverance unto Syria," the book of II Kings tells us. The account continues, "He was also a mighty man in valour, but he was a leper." II Kings 5:1. Then an Israelite maidservant to the wife of Naaman told her there was a prophet in Samaria who could heal him. So Naaman drove to the house of Elisha in his chariot and remained in it, expecting the prophet to come out to him and then in some dramatic manner heal the leprosy. 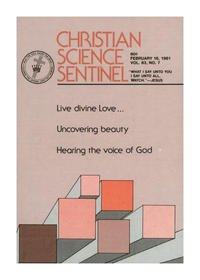