The Apostle James is a familiar figure in the Gospels, chosen, with John and Peter, to be with Jesus on some important occasions (see Mark 5:37; 9:2). It is outside the Gospels, mainly, that we meet another James, "the brother of the Lord."

Like Jesus' other brothers, this James was evidently unconvinced of Jesus' mission. But after the resurrection, he himself saw Jesus, as Paul, who knew James, mentions in a letter (see I Cor. 15:7). James became virtually the head of the church in Jerusalem, working naturally among the Jews as Paul worked among the Gentiles. He was noted for being an advocate of Jewish ritual as well as of moral law within the early Church. But The General Epistle of James, written possibly by him or more probably by one who intended to represent his teaching and his spirit, gives a broader picture. He must have been seen as no mere legalist but as a Christian concerned with steadfast endurance for Christ, practical love, and morality without sham. 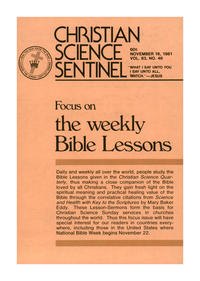