In the last few years there has been a renewed interest in astrology. This leaflet focuses strongly on God's allness, on His control of His universe, and on man's place in it. It also brings out the Bible's condemnation of astrology and the often overlooked contradiction between Christianity and astrology. Both articles have been reprinted from the Christian Science periodicals. The leaflet costs 25¢. It may be purchased at Christian Science Reading Rooms or from The Christian Science Publishing Society, One Norway Street, Boston, MA. U.S.A. 02115. 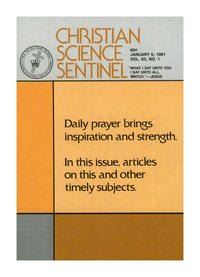