A recent issue of an American newsmagazine notes that the Assistant for Energy Affairs to the President of the United States has been known to make reference to the Old Testament story of the widow whose cruse of oil was never depleted. He comments that today in the United States "there is no widow's cruse." Time, April 4, 1977, p. 60;

The allusion is to the story of God's provision for the prophet Elijah and a widow who was willing to share her supply of food with him during a severe drought. Although the woman believed her resources to be inadequate to sustain herself and her child, "she went and did according to the saying of Elijah: and she, and he, and her house, did eat many days. And the barrel of meal wasted not, neither did the cruse of oil fail." I Kings 17:15, 16; 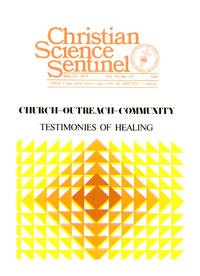