Do you know the Ten Commandments? A man named Moses, a Hebrew, wrote them down long ago. But he didn't make them up. He said when he told the people about them, "God spake all these words." Ex. 20:1;

The Ten Commandments are laws for governing people. Other nations around the Hebrews had laws, but they were made up by kings, or rulers. And their laws were often changed when a new king was made ruler. But the Ten Commandments have never changed, and they never will. When we obey them, we are doing God's will. We are letting His laws govern us. And this is the true way to worship Him. 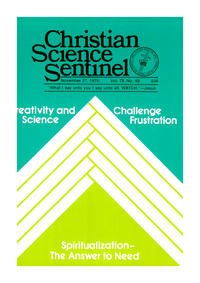