Rock the Cradle, Rock the World

If a man whistles at you, woman or girl, what does he think he's saying?

You may like to think he's saying, "Hail, bright Artemis, fleet-footed goddess," and there's one possibility in a million that he is a Greek scholar. But the likelier translation is less scholarly. After a while you may begin to grow indignant: "What does he think he's whistling at! I'm no cliché. I'm me."

Send a comment to the editors
NEXT IN THIS ISSUE
Article
An Interview: with a young black man 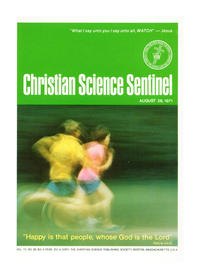