Tommy and Jack lived in a suburban area of a large western city where they had been neighbors and chums for quite a while. In the warm days of early spring they ventured to nearby swampy ground in search of tadpoles and frogs to take to school for their classmates to see.

They had been searching for only a short time when they decided to go together to a spot just a short distance away. It was very wet and felt spongy under their feet, but they were so intent on catching a big frog that at first they did not realize that they were being pulled down into this swampy mud. They sank quickly almost up to their knees and then became aware of their plight and tried vainly to free themselves. The more they struggled, however, the farther in they were pulled, and finally Tommy was covered up to his chest and Jack was in the mud above his knees. 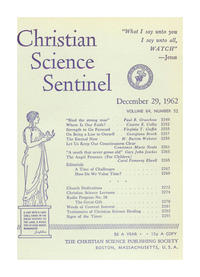