Hugh L. Cooper, builder of the big dam across the Mississippi river at Keokuk, Iowa, has been appointed consulting hydro-electric engineer for the Egyption governor. He will have supervision of the construction of a dam across the river Nile, which it is said will be one of the largest dams in the world. This dam is part of a great irrigation project that is expected to result in tremendous cotton productivity in the Soudan. In order to grow cotton south of Khartoum, the Gizra territory, which lies between the Blue Nile and the White Nile, has been chosen to be irrigated. Here lie one million five hundred thousand acres of land between two great rivers, whose force and flow is sufficient to water the entire district if properly controlled. The proposal is to build two great dams, one across each river. The barrage on the Blue Nile will cost fifteen million dollars. The White Nile dam will cost approximately four million dollars.

Prizes amounting to almost fifty thousand dollars were awared during the recent fat cattle show at Buenos Aires. The Argentine Rural Society, under whose auspices these annual shows are held, has been working diligently for the improvement of the native stock. Cattle are diminishing in quantity, owing to the export of beef, and prices have increased 50 per cent over those of two years ago. It is calculated that the number of cattle in Argentina today is not over thirty million head. In the case of sheep, the stock has been reduced from one hundred and twenty million a few years ago to seventy million. The value of the export trade in 1913 was eight hundred and seventy-three million eight hundred thousand dollars, an increase of almost forty million dollars over 1912. 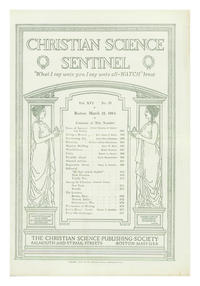