The car pool voluntarily organized by Western roads, says the New York Commercial, and with which the Erie, Pennsylvania System and New York Central lines have since allied themselves, has been christened the American Railway Clearing House, in place of the original title, Car Efficiency Bureau. The purpose for which it has been formed is officially defined as follows: "To demonstrate the practicability of clearing house and car-pooling agreements, in order that the car efficiency committee may be able to base its conclusions upon practical experience." The car efficiency committe referred to is that of the American Railway Association, appointed Oct. 24. The work to be undertaken by the clearing house comprises the selection of statistics, the keeping of clearing house records for freight cars, and the administration of freight car pools, of which three had been proposed; viz., box cars, gondola cars, and coal cars. Each of these pools will be formed by the voluntary association of certain roads, each of which will contribute a specified number of cars. The cars pooled will be considered at home when on the lines of any of the roads that are parties to the pool agreement. 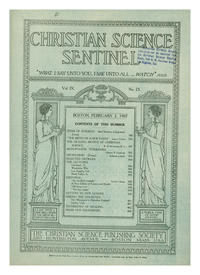