The New Rice-farming in the South

THE story of the "rice belt," which extends four hundred miles through southern and central Louisiana and south eastern Texas, from the banks of the Mississippi to beyond the Brazos River, varying in width from twenty to fifty miles, is not unlike the story of wheat-growing Kansas. Here also is the prairie, with its scrubby vegetation which pastured the few herds of cattle and ponies owned by the natives, who little realized its possibilities. In fact, the great natural reservoir which lies beneath was only discovered by accident, after the pioneer Western settlers, by some freak of fortune, had ventured into the country, determined to discover what elements of wealth lay beneath the sod. Just as clusters of cabins in Kansas and Nebraska have become towns and cities, and tract after tract of range land has been converted into an inland sea of waving grain by the tide of humanity flowing out upon the plains from the East, so this Southern soil has been taken up and is being changed from one of the great waste places of the continent into a center of productiveness.

Since the pioneers in this movement located in the belt eighteen years age, 350,000 acres have been reclaimed for rice culture, and 50,000 acres yearly are being added, —not extensive when contrasted with the wheat and corn fields, but representing, acre for acre, far greater outlay in money and effort, for every square foot must be irrigated during the growing season, necessitating a network of canals aggregating fully twelve hundred miles, to say nothing of the labor involved in walling the fields to hold the water, all of which the wheat or corn planter avoids. To go further into statistics, the thirty thousand rice growers have invested $20,000,000, represented by their lands, canals, and machinery; yet their operations have been confined to a few corners of the land believed to be productive. The statistician has estimated that four million acres have a natural supply of water to be obtained by piercing the earth's crust to the reservoir beneath, or from the streams intersecting the country. The area under cultivation already yields two million barrels, requiring ten thousand cars to transport it to market. It supplies twothirds of the quantity consumed in the United States. 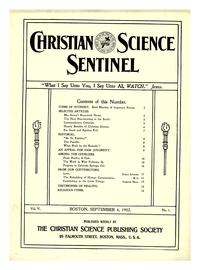