Friday, September 6, 1901, a few minutes after four o'clock P.M., while holding a public reception in the Temple of Music in the Pan-American Exposition, President McKinley was shot twice by a young anarchist named Leon Czolgosz, alias Fred Nieman. His parents are Russian Poles, and he was born in Cleveland, Ohio. 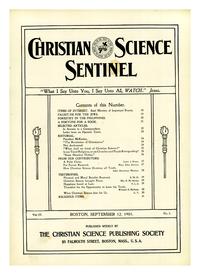