Most of the states have made a change in their capitals, a number of which are almost forgotten.

To begin with the thirteen original states, New Hampshire has changed its capital three times. For a long time Portsmouth was the capital, and all the royal governors lived there. During the revolution, and for several years afterward, the seat of government was at Exeter. It was only in 1808 that the capital was permanently established at Concord. 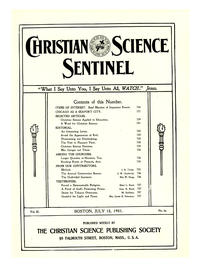