The National party has abandoned the idea of keeping a presidential ticket in the field, and Archibald L. Howe of Massachusetts, who was nominated for Vice President in New York on the 5th inst., is expected to follow Senator Caffery of Louisiana, the presidential nominee, in formally withdrawing his candidacy.

While the Governor of Utah was absent in Idaho attending a political meeting at which Governor Roosevelt was the speaker, the president of the State Senate, who was acting governor, appointed Judge O. W. Powers, a Democrat, to fill the place in the United States Senate left vacant because of a deadlock in the Legislature. 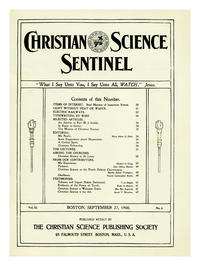