When protest is prayer

One sunny afternoon last year, in the middle of the South African summer, I needed to drive into an unfamiliar industrial part of our city, Cape Town, and found myself uncertain of how to find the factory I was looking for. My phone, which had the directions and map on it, was on the seat next to me. Having stopped at a red traffic light, I decided to have a quick look at the directions. The next thing I knew, I felt a slight bump and realized my car had drifted back into the car behind me, as I hadn’t put the brake on properly.

The driver of the car came up to my window. He was really angry. Before I could say anything, he began swearing at me in very strong language with a particular racial bias. Soon it became apparent that he saw me as the enemy and that I might be in some danger. He was going to make me pay for this, and not just with money. To him, I must have represented a people who have caused much of the injustice experienced by people of color in South Africa, particularly in regard to ownership of land, which many considered to have been “stolen by the white people.” Several years ago, there was a lot of tension during a period of protest against the more obvious remnants of the colonial era. This included the Rhodes Must Fall movement protesting institutional racism in education, which led to the removal of a statue (Cecil Rhodes) symbolizing this period of South Africa’s past. 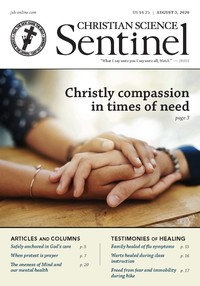