A journey of faith and healing after rape

About two years ago, a man I had considered a friend cornered me and raped me. This happened on a trip with a group of my friends. Later that night I nearly jumped off the roof of our building, but instead I just sat down and cried. Since the man was friends with many of my friends, I felt completely alone and didn’t report what had happened.

Not feeling that I could tell anyone, I put on a happy face and pretended that everything was OK for the rest of the trip. But in reality, I felt guilty and so very angry. I was angry at myself for not having been able to stop him—for having “let it happen”; I was angry at the man for doing it; and I was angry at my friends for not sensing that something was wrong. But mostly I was angry at God. 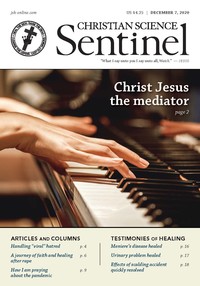