From the time I was a child I’d felt dissatisfied. It was as if something were missing, as if I had an inner emptiness that I was searching for a way to fill. I have to say that my family gave me a lot of affection, and although our circumstances were humble, I lacked nothing I needed. However, the feeling of emptiness worsened at the age of sixteen after I ended an engagement to a man I had planned to marry. Whenever I felt sad or lonely, I had a cigarette.

After marrying someone else the following year, and having him abandon me and my newborn daughter, what had been an occasional smoking habit became a compulsive habit. I had a constant desire to smoke; I chose cigarettes as my companion. 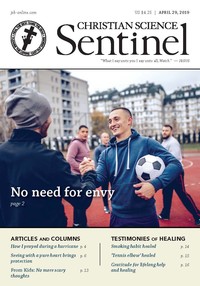