When you reach morality, keep on growing

“Not for nothing is the youth culture characterized by sex, drugs, and rock ’n’ roll,” a venerable British magazine famously pronounced during my formative years (The Spectator, October 16, 1971).

Over the following decade I played my own modest part in furthering the “youth culture” disparaged by the writer. In all honesty, it never occurred to me not to, such was the moral ambivalence surrounding me and my peers during my teen and twenty-something years. Indeed, many of us wore such criticism as a badge of honor.

Send a comment to the editors
NEXT IN THIS ISSUE
Bible Lens
Bible Lens—June 19–25, 2017 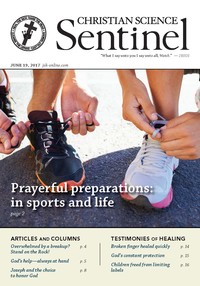