Strengthening the affections needed for healing

Maybe at work, maybe at school. Or at church, in politics, on the internet. Mean or critical attitudes can seem constant and unavoidable.

A feature in Time magazine had this arresting title: “The Age of Trolls: Why the web got darker, meaner and more threatening—and how this is crossing into the real world” (August 29, 2016). “Troll” is the term for people who fish on the internet for ways to provoke arguments and dissension. According to one observer, “Trolls don’t hate people as much as they love the game of hating people.” Interestingly, a professed troll said, “The trolls are the only ones telling the truth.” 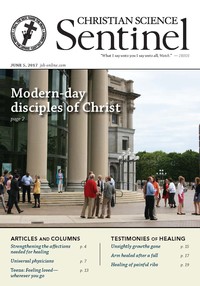