Safe from the storm

Q: Can we really stop bad weather with prayer?

A: Here’s my story. I was helping on my uncle’s ranch one summer. As with all ranches and farms, weather played a big role in both day-to-day operations as well as in the farm’s success. So there was always an awareness of the weather. One afternoon, I was working with some animals, and my grandpa pulled up in his truck to let me know that there was a huge storm approaching. From the looks of it, the storm included hail and a high probability of major crop destruction. 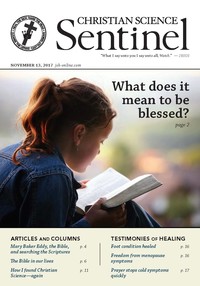